I have prayed and sought that all my posts (blogs) will glorify our wonderful saviour The Lord Jesus Christ.   I  am currently updating this post to help you look up Christian topics that inspire and interest you in your search.

TO – CHRISTIAN BOOK AND RESOURCES STORE

In the Old Testament God spoke by prophets.  How is God seen and heard now?   The bible says that Jesus is the brightness of God’s glory and God speaks by Him. 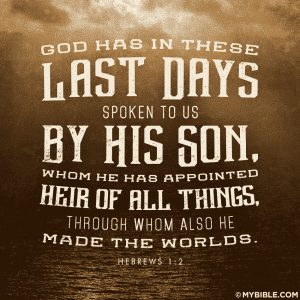 The Glorious Change In God’s Way of Speaking

Since the coming of our Lord to earth, and his powerful death and glorious resurrection God now speaks to us  ALWAYS  in His Son.

God Is Now Speaking In His Son

God The Father Has Been Revealed In Jesus

God the Father is hidden and not visible to human eyes, but God the Son is expressed.    The Son of God is visible.
The beauty and loveliness of God the Father could be seen as Jesus walked this earth. Today, we who have His Spirit can see the same beauty and loveliness of Jesus as the Holy Spirit reveals him to us. Thus we see the Glorious Father as we ‘look at Jesus’
No one has ever seen God, but the Son as the “Word of God, as the speaking of God, has declared and expressed Him.

HUNDREDS OF BIBLES, COMMENTARIES, CHRISTIAN MOVIES AND MANY OTHER HIGH CLASS PRODUCTS 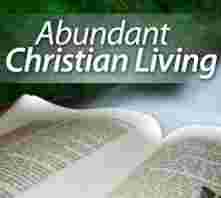