Is This The Fast I Have Chosen

I am concerned at the harsh “Yoke” of control that Christian church leaders exercise upon the Lord’s people.  One arena  is the call to fast  type of control.  This is manifested is in the ” calls to fasting” that are made in the churches. 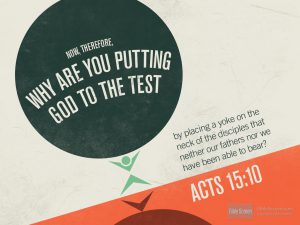 Often one solitary Guru type leader or so called Senior pastor tells God’s flock that they are called to fast. Is this degree of control biblically based?

(1) Each local congregation is shepherded, guided, led and nourished by a PLURAL GROUP OF ELDERS. There is no role of ” senior pastor” mentioned anywhere in God’s Word. No leading elder to dictate or to be God’s sole spokesperson on important decisions,. The one -pastor system is not scriptural. All of the five fold ministry gifts ( including that of pastor) are trans-local. ministering to all Christ’s Body. However in the local assembly God’s will in important decisions should normally first be revealed to a WHOLE COLLECTIVE GROUP of
elders.

Titus 1: 4 to 7 – To Titus, my true child in our common faith: Grace and peace from God the Father and Christ Jesus our Saviour. The reason I left you in Crete was that you would set in order what was unfinished and appoint elders in every town, as I directed you. An elder must be ….

1 Peter 5:1 – To the elders among you, I appeal as a fellow elder and a witness of Christ’s
sufferings who also will share in the glory to be revealed: …

( 2) In general, it is God’s leaders, ( five fold ministry) that are expected to take the lead, shoulder the burden and responsibility in spiritual warfare, fasting etc.

In Acts chapter 13 we see such a group consisting of teachers and prophets who together are ministering to the Lord with fasting. the account does NOT say that the whole church was involved in this spiritual discipline; this time of special ministry and fasting was borne by prophets and teachers ( Presumably also, The Holy Spirit spoke collectively to these brothers calling them into this time of fasting).
…
Acts 13: 1 to 4 – Now in the church at Antioch there were prophets and teachers: Barnabas, Simeon called Niger, Lucius of Cyrene, Manaen (who had been brought up with Herod the tetrarch) and Saul. 2While they were worshipping the Lord and fasting, the Holy Spirit said, “Set apart for me Barnabas and Saul for the work to which I have called them.” So after they had fasted and prayed, they placed their hands on them and sent them off.

(3) – There are a minimal of  ” Necessary things” to be observed by the gentiles who have turned to God from idols.

Acts chapter 15 is pivotal. God has included this chapter – almost in the centre of the book of Acts. It is very important! According to Acts 15:10, to impose anything MORE than these things listed in this chapter is in effect to ” tempting God”.

Acts 15:10 – Now therefore why do you put God to the test by placing upon the neck of the disciples a yoke which neither our fathers nor we have been able to bear?

The Law of Moses imposed many burdens upon God’s children under the Old Covenant, There where commands, festivals to be compulsorily kept and observances that were described in Acts 15: 10 as things ” hard to put up with”.  Dare we, as called ministers of God impose upon Gods ” lambs” another set of special fast days and religious things to replace these many Jewish laws, ordinances, restrictions and disciplines.  Christ came to set us free from all such observances under the New Covenant”?  Indeed, we as leaders can invite the ” lambs ” to join us in any of these times we feel God has called us to. But, there ought not to be any sense of compulsion or expectation that they join us. They should feel totally free.

In short, what I am saying is this:

Any special times of fasting, need for teaching sessions, church disciplines etc., should normally be revealed to the whole group of elders that care for the church.  The leaders and ministry gifted members should bear the responsibility. Others in the church may ( and perhaps ought to be invited to join in) – but it needs to be made absolutely clear that there is no sense of compulsion on the flock of God.  To do so is to “ tempt God“.