The Most Holy Anointing Oil 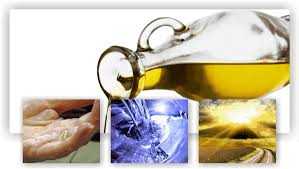 This beautiful ointment which anointed and perfumed every item of the tabernacle was Holy and could only be used in the tabernacle.

This post considers the details related to the holy anointing oil in Exodus 30:22-33.

Constituents of The Holy Anointing Oil

The Holy Anointing Oil consisted of four kinds of spices:

These five constituents where of two categories. The four spices: myrrh, cinnamon, calamus, and cassia made up the first category. The second category consists of one item only which is olive – oil.

Flowing Myrrh is a sweet-smelling but bitter-tasting secretion that oozes from an aromatic tree when the tree is cut or wounded.  This item of the anointing oil signifies the precious death of Christ because in the Bible myrrh is used mostly for burial and is related to death. We read for example on John chapter 19 that Nicodemus and others were preparing to bury the body of the Lord Jesus with myrrh.

In bible times, myrrh was also used to reduce the suffering of death; we read for example, that when the Lord Jesus was being crucified, He was offered wine mixed with myrrh to reduce His pain.

The aromatic liquid of myrrh not only reduces pain but is also used for healing the body.  When a body gives off the wrong kind of secretion myrrh can correct this condition. The mighty death on the cross of the Lord Jesus us able to correct many wrong secretions that cause us spiritual and physical problems.

Fragrant cinnamon with its  distinctive flavour and sweetness signifies the sweetness and effectiveness of Christ’s death.  This substance typifies the power of Christs death to warm, revive and stimulate the heart – even as it can be used medicinally as a heart stimulant in medicine.  Whereas myrrh signifies the precious death of Christ the cinnamon signifies the effectiveness of His death.   Whenever by faith we apply the Lord’s death to our negative situations, it  reduces our pain, correct the wrong secretions, and eventually stimulate us and causes us to be joyful. 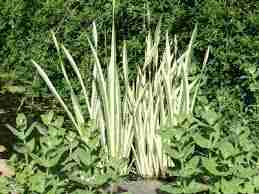 The calamus in Exodus 30 is a reed.  The root of the word  calamus means ‘standing up’.   This reed is able to  shoot straight up in the air even though it grows in  marshy or muddy places.   Calamus according to the sequence of the spices mentioned in Exodus chapter 30 signifies the rising up of the Lord Jesus from the place of death. The Lord was put into a marsh, into a death situation, but in resurrection He rose up and stood up.

Cassa ( mentioned as last in Exod 30 sequence) signifies the power of Christ’s resurrection.   Cassia and cinnamon belong to the same family but whereas Cinnamon is from the inner part of the bark, cassia is from the outer part of the bark.  Thus we see that whereas  cinnamon typifies the power of  Christ’s death to warm and revive our regenerated hearts within, Cassia typifies the mighty power of Christs resurrection to overcome all negative circumstances and oppositions from without.  Both cinnamon and cassia are sweet and fragrant. Furthermore, the plants from which they are derived often live and grow in places where other plants cannot grow.

Myrrh, cinnamon, calamus, and cassia are all of one category of materials, the category of the spices. Now we come to the olive oil, the only item in the second category.

Olive oil is produced from pressing out olives under great pressure and in scripture this oil signifie the spirit of God.

Zech 4:1 to 7 – Then the angel who was speaking with me returned and roused me, as a man who is awakened from his sleep. 2 He said to me, “What do you see?” And I said, “I see, and behold, a lampstand all of gold with its bowl on the top of it, and its seven lamps on it with seven spouts belonging to each of the lamps which are on the top of it; 3 also two olive trees by it, one on the right side of the bowl and the other on its left side.” 4 Then I said to the angel who was speaking with me saying, “What are these, my lord?” 5 So the angel who was speaking with me answered and said to me, “Do you not know what these are?” And I said, “No, my lord.” 6 Then he said  to me, “This is the word of the LORD to Zerubbabel saying, ‘Not by might nor by power, but by My Spirit,‘ says the LORD of hosts.

This oil of the Holy Spirit is released to the Church by the pressure of Christ’s death. We remember that Jesus began to suffer great anguish in the garden of gethsemane before going to the cross. The word ” gethsemane” actually means ‘olive press’ and it was in this garden that Jesus began to be crushed beyond measure as the anointing oil of the Holy Spirit flowed forth from him to hos body and bride the church.

The olive oil, ( signifying the Divine Holy Spirit of God) is the base of the ointment but this oil has also additionally the category of four other spices compounded with it in order to make up the sacred ointment. We have already looked at the first four spices making up the first category and how they represent the power, sweetness and efficacy of the human man Christ Jesus death and resurrection.   The number four in the scriptures speaks of ” creation and the created beings”, (We have the four living creatures and the four corners of the earth) –  so the four spices refer to the person of the man Christ Jesus ( in his manhood).

We can see clearly from this typology ( as well as from New testament teaching) that the Divine Spirit of God, (signified by the olive oil) is  not merely constituted with divinity, but also contains the human virtues and accomplishments of the human man Christ Jesus!

As evidence of this truth we can go to , John 7:39, which says, “But this He said concerning the Spirit, whom those who believed in Him were about to receive; for the Spirit was not yet, because Jesus was not yet glorified.”

So we can see that now, the beautiful Humanity of Jesus in God’s Creation together with Divinity in the Godhead as signified by the four spices together with the pure olive oil are now ( since the resurrection)  compounded into one precious anointing for the members of the Body of Christ to enjoy.

Witness Lee, in his “Life Study on Exodus” writes ,,,,

As New Covenant believers, members of the Body of christ we are anointed with this precious  compound ointment.  Psalm 133:2 describes how the anointing oil flowed down from Aaron’s head to his beard and then to the skirts of his garments. This signifies that the whole Body is anointed with the Spirit.