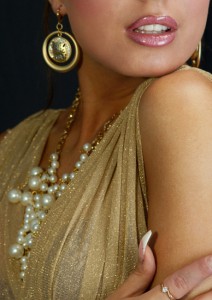 The issue jewelry and the Christian has long been contentious.  Should Christians wear jewelry?   What does the bible really teach?   Some Christians say that the wearing jewelry is wrong; these people often quote a few Bible passages and insists that God absolutely condemns jewelry. There are other Christians who point out that there are a number of verses that mention jewelry in a positive sense.
At the heart of this confusion is the question, “What does the Bible really say about jewelry?”

When studying this issue that has such a large cultural element, it is almost impossible to gain a complete understanding of the Bible without background study. The background alerts us to the cultural issues that the passage originally addressed.   So let’s look into the background of the wearing of jewelry.
In the territory of the Old Testament during Old Testament times both Canaanite and Israelite men and women wore jewelry and make-up.   It appears that there where eight uses for jewelry in the Old Testament.   Jewelry was used for: 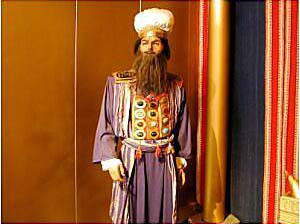 It 1s noteworthy that one of the basic purposes of the Jewish High priest’s special and unique attire was to beautify ( Exod 28:2).   In Isaiah 3:16-23 God describes many types of jewelry used at least partly for beautification. This passage in Isaiah appears to condemn jewelry, however it may be that it was the excessive, pride, behavior and sexual promiscuity of these women that was really being addressed here and condemned by God. God would strip them of their proud arrogance and humble them!

(2) Currency and evidence of wealth

Rebecca and Abraham’s Servant at the Well

Abraham’s servant (Gen 24:22), took out a gold nose ring weighing a beka and two gold bracelets weighing ten shekels” and gave them to Rebekah.
In ancient Mesopotamia, the bride price paid by a prospective groom’s family included clothing, jewelry, food, drink, and oil. Jewelry was also part of the dowry paid by the bride’s family. This was the case in the story of Rebekah. In this particular case it was a gift to the bride to ensure her financial security. In other words, it is functioning as a nest egg in case of need.

Jewelry served as a symbol of social status. It was used by the people belonging to the high strata of society. This was particularly true of those from the palace who dressed and adorned themselves in accordance to their social identity. According to 2 Samuel 1:10, King Saul wore a crown and armband. Also, the jewelry mentioned in Ezekiel 28:11-19 (in connection with the king of Tyre) signifies royal or princely status. 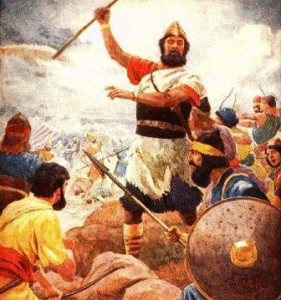 Jewelry served as a sign of authority. In Egypt, kings and judges may have worn pendants and necklaces with images of the goddess Ma’at, while in Israel kings wore a crown at the minimum.

The religious significance of Jewelry may have been one of its most important functions. Jewelry identified the religious beliefs or position of the wearer, such as the Israelite high priest. In heathen religions jewelry was assigned supernatural abilities and was worn to protect the wearer from various forms of evil. While the Old Testament does not mention this use directly, the Israelites did occasionally bring jewelry to God, as in Numbers 31:50.

Jewelry in the Greco-Roman World

We continue discussing the issue jewelry and the Christian.   Should Christians wear jewelry?   What does the bible really teach?     We will continue in our background study and consider jewelry in the Greco-Roman world.  There is less information about jewelry’s use in New Testament times than in Old Testament times.   A very probable reason for this could be the fact that there were many similarities existing in the Greco-Roman world and the Ancient Near East (ANE).  We know that jewelry was common in the Roman Empire. The Oxford History of the Classical World has this to say:

“The wearing of excessive jewelry was a practice which [Roman] legislators had long since given up trying to curb, though moralists still condemned it. Pliny rails against women who wore pearls on their fingers, on their earrings, and on their slippers, and reports with disapproval how Caligula’s first Empress, Lollia Paulina, turned up to a feast wearing emeralds and pearls on her head, hair, ears, neck, and fingers”. 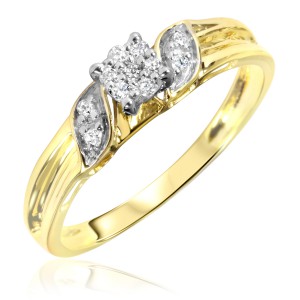 It seems that it was the Roman who invented the engagement ring,  for the The dictionary continues, ” rings were very common. Men wore rings as signets, while women wore them to signify engagement”.

Rings in the Roman Empire are particularly interesting. At various times, different types of rings were used to signify social status.  Rings signified a person as slave or free, citizen or non-citizen, aristocrat or commoner. These rules were enforced by law, but were gradually relaxed as more people wanted to be able to wear fancier rings.

Jewelry in the Greco-Roman World during this period doubtless functioned in much the same way as it did in the ANE with regard to its religious aspects. It probably was accorded supernatural powers and used as protection from evil or a method to persuade the gods to act in a certain way.