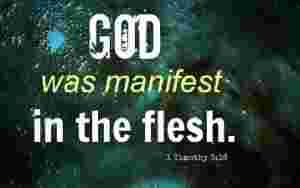 I believe that Jesus is God.  He is truly and fully the Almighty God.  I believe in the deity of the Lord Jesus Christ.  He is God incarnate, God in human form, the expressed image of the Father.  Without ceasing to be God, he became man in order that He might demonstrate who God is and provide the means of salvation for humanity (Matthew 1:21; John 1:18; Colossians 1:15).

Jesus was born of the virgin Mary

We believe in the virgin birth of Jesus our Lord.  That Jesus Christ was conceived of the Holy Spirit and was born of the virgin Mary (Matthew 1:23); that He is truly fully God and truly fully man (John 1:1,14); that He lived a perfect, sinless life (1 John 3:5); that all His teachings are true (John 14:6). We believe that the Lord Jesus Christ died on the cross for all humanity (1 John 2:2) as a substitutionary sacrifice (Isaiah 53:5-6). We hold that His death is sufficient to provide salvation for all who receive Him as Savior (John 1:12; Acts 16:31); that our justification is grounded in the shedding of His blood (Romans 5:9; Ephesians 1:7); and that it is attested by His literal, physical resurrection from the dead (Matthew 28:6; 1 Peter 1:3).

There are many clear testimonies of scripture that show beyond out that Jesus Christ is God in the flesh – God in human form and nature.  The Scriptures show clearly that the precious Son of God who walked as a human being on this earth was God walking amongst us in human form.

John 1:1 speaks of the Word of God who was with God in the beginning.  Verse one tells us that all things were made by him.  This Word” was the Lord Jesus Christ who came to earth as a human baby, ( verse 14).

All things were made by him because he is the creator God.  Furthermore he was in the beginning.  The Beginning is as far back as you could ever travel in time to the bridge of eternity  – too that ‘point’  when there was no heaven or no Earth yet created!  There never was a time when the Son of God did not exist.  He was never created.

The first epistle of John also speaks about the Lord Jesus Christ as being the one who was from the very beginning:

The apostles where lost in awe and wonder to think that they had actually ” touched” the eternal creator God who had been from the very beginning.

The I AM of John’s gospel 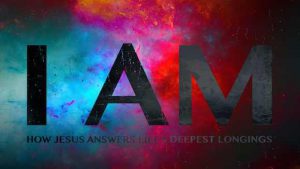 … “Now we know that You have a demon! Abraham is dead, and the prophets; and You say, ‘If anyone keeps My word he shall never taste death.’  Are You greater than our father Abraham, who is dead? And the prophets are dead. Whom do You make Yourself out to be?”

Then as we continue to read the narrative of the conversation,  is verse 57 we see the Jewish high priests make a statement to our Lord with a question:

Jesus answered their question.  He just replied to their question with these as astounding words …..Words that brought an immediate fierce reaction from them!

( verses 58, 59) Jesus said to them, “Most assuredly, I say to you, before Abraham was, I AM.”
Then they took up stones to throw at Him; but Jesus hid Himself and went out of the temple, going through the midst of them, and so passed by.

Jesus did not say I was before Abraham.  Jesus did not say that he existed before Abraham.  Jesus introduced the timeless element ” I AM into the conversation.     He was using the Divine Name.
He was using the very name that God Gave to Moses as God spoke to him from out of a Burning Bush as recorded  in Exodus Chapter 3.   The Lord had given Moses a commission to deliver the children of Israel from Egyptian tyranny and Moses wanted to know God’s Name.

The Testimony of Thomas

After the Lord Jesus rose from the dead he appeared to the disciples.  We read this account in John chapter 20.  In verse 25 we read how the disciples told Thomas the great news that they had seen the Lord and that he was alive.  We also reading this virus How that Thomas clearly declared his unbelief. 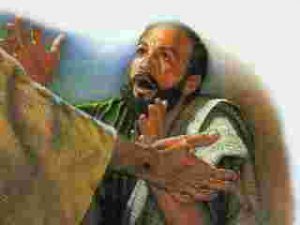 Unless he was able to thrust his hand into Jesus pierced side he would not believe.   However in verse 26 we read that the Lord suddenly appeared who is disciples,  But this time Thomas was with them.   And the lord said to Thomas (verse 27)………..

…..Thomas, “Reach your finger here, and look at My hands; and reach your hand here, and put it into My side. Do not be unbelieving, but believing.”

Thomas  is now a believer!   But listen virus 28 what he called our Lord Jesus Christ…….

(verse 28) Thomas answered and said to Him, My Lord and my God!

Thomas did not just call Jesus his Lord.   Thomas additionally called our lord Jesus his God.  Now our Lord Jesus always spoke and testified truth.  If he was not indeed the Almighty God he would have immediately rebuked Thomas sharply.   But our Lord Jesus Christ accepted this testimony.

We Should Not Worship Angels

I’d like you to turn in your bibles to the book of Revelation Chapter 19.   In this chapter John is receiving a revelation from a mighty angel.  He is so awestruck by this mighty angel’s radiance and power that he makes the mistake to  fall down and worship the Angel.

Immediately this mighty  angel said “don’t do that don’t fall down and worship me god is the one you must worship”.   None is to be worshipped as  God except Jehovah the mighty God the king of kings and Lord of Lords!

But in the biblical record of John chapter 20,  Jesus has allowed Thomas spoke to call him “my God” .  Jesus accepted that worship; he accepted that title and homage because he was and is today truly God!

RETURN TO WHAT WE BELIEVE

RETURN TO (HOME) – JESUS CHRIST IS THE WAY, THE TRUTH AND THE LIFE